When He Calls You Just Have to…Go!

This is my friend and my sister. I won’t show her face or share her name, but I will share this story… 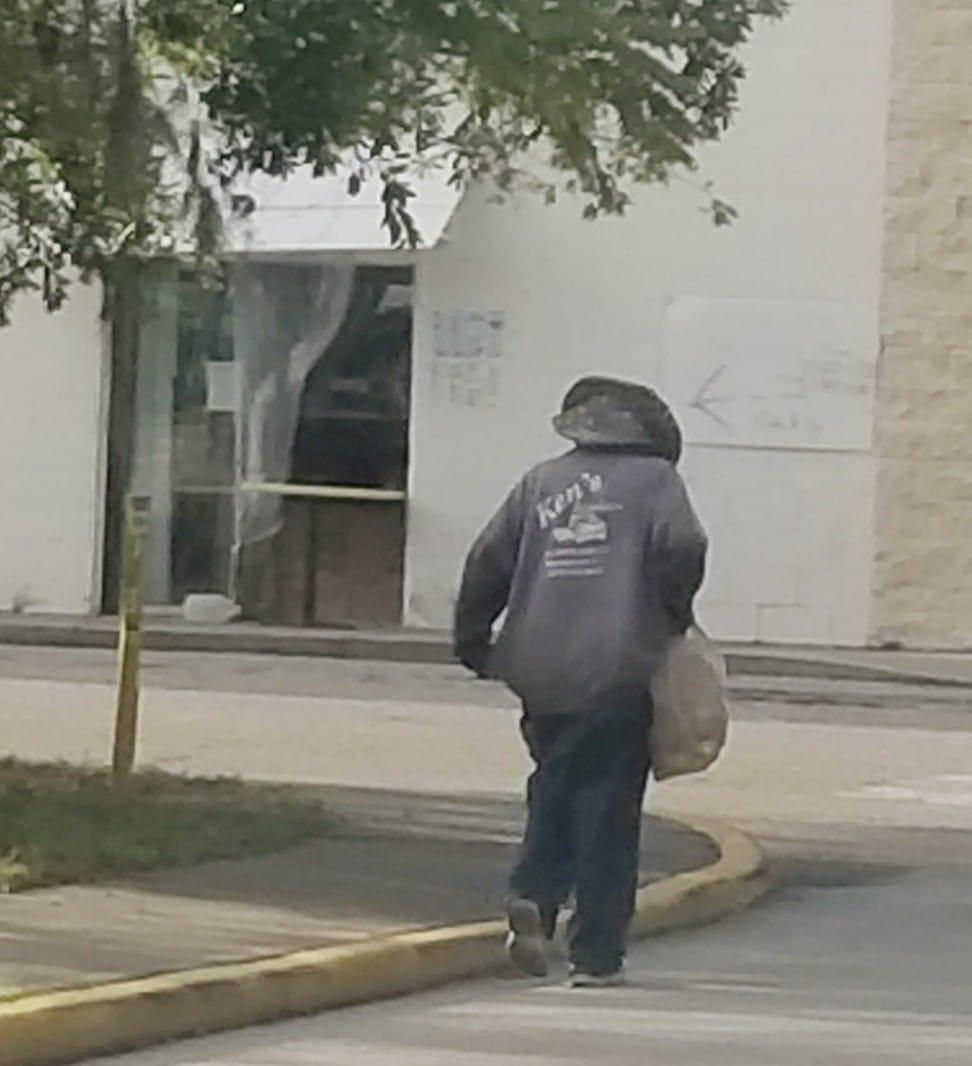 The car was loaded up and headed north to Pasco County. Asking the Lord to lead me to those who were struggling. It didn’t take long. Along the way from Holiday past Hudson, the Lord led and I followed giving food, water, hygiene essentials to anyone the Lord put before me.

As I passed Hudson, I saw this lone person sitting at a specific location. She was horribly sunburnt. As I approached her with food and water the first thing she said when she saw me was “are you from the church?” I hesitated for a moment as a church body didn’t send me until I realized we are the church! And I said “yes” “I’m from the church.” She gladly took the food and water but refused any money. Fortunately, a convenience store was nearby and was able to get some topical treatment for her face.

I saw her again a few days later and the medication I had gotten her along with some other items were stolen. On that day I promised her a hat. One of those big brimmed safari hats that also covered the back of the neck. Later, I found the perfect hat. No more horrible sunburns for my friend. 🙂

So I ventured off again in search of my friend but as I passed Hudson she was not in her usual spot. She was always there! Day or evening in the same spot but on this day, she was gone. Behind this spot are some woods so I ventured a short way in and saw a place where it looked like someone had been staying but no one was there.

Turning around and heading back towards Holiday where the Lord has led to begin church services for the Homeless (that will be a testimony to come) I was driving past New Port Richey and I glanced to my right and saw a homeless man by a Wendy’s. Having some meals left, I turned into the Wendy’s and in a split second that man was gone as though he vanished. I drove behind the Wendy’s down a small worn out road looking for a place to turnaround to get back on the highway and I looked to my right and right there was my friend!

I rolled down the window and yelled her name. she squinted and tried to make out who it was. As I pulled in, she recognized me. I got out and told her I had the hat I promised. She is always very reluctant to take anything as though she feels that she is not deserving. But she did take the hat and smiled placing it on her head. I again offered her money, and she again refused.

I know this is not the end of the story but just the beginning for my friend. Before we can go deeper and get her the services she needs, she needs to know us, to trust, to know that we are not trying to harm her but to help her.

Last Sunday, my sister Rae and I went out to serve. We gathered the food, water, snacks, shoes, hygiene items and headed out. Going to the most desperate place I have encountered. A place I had been before.
When we arrived, no one was there. People are ALWAYS there. We pulled in, got out of the car, and Raenell said “let’s pray.” As she led us in prayer, people left and right began to appear.

God gave us the place to serve and the heart to serve. Everyone was appreciative and way too many “God bless you!” to count.  Of all those God gave us to serve, one woman stood out. She was like the mom of all those homeless and suffering in this particular area. As she described what they needed most (we will share in great detail on another post these needs), she said the greatest need was Bibles, and literature, anything about Jesus.

This story is still being written. Perhaps I’m premature in sharing this, but God is doing something!
We have chosen to say “yes” “I will go!”
Please pray for all those who are homeless and suffering. Soon, we will share more information and how to help. God is good

Volunteer Testimony: Why I Do This

This site uses Akismet to reduce spam. Learn how your comment data is processed.